Don’t Believe Everything You Think

In November 2015 I took Britton, our 11-year-old grandson to his night football practice.  His parents, Natalie and Steven Jones were in Portland looking for a place to live. I dropped him near the concession stand and then went and parked the car. When I arrived to watch his practice I saw that there were three teams on three different fields. No problem except for the fact that they all had the exact same black uniforms on.  I got a little panicked when I realized that I had no idea which team was his. I didn’t even know what number he was. I went between the different fields trying to see if I could recognize him. Even those the boys were different sizes I couldn’t tell which was his size and they all had helmets on. I felt a little irresponsible not getting things worked out before I dropped him off. Finally, I called Natalie in Portland and asked what his number was and what his coaches looked like. I was relieved when I finally spotted him.

As we are riding home after practice that night we were talking about why there were three teams that all had the same name and uniforms. He explained that they were three different ages groups. He then told me that one team was the “Pee Wee” team for the 8 and 9 year olds and they had a 7 wins and 1 loss record for the season. The next team up was the “Junior” team for the 10 and 11 year old boys and they had 8 wins and 0 losses. Lastly was the “Senior” team which was for the 12 and 13 year old boys. They also had an 8 win and 0 loss season going. Then he pointed out that the three “Outlaw” teams had a combined record of 23 and 1 for the season. He then said that the University of Texas team was really bad because they had 3 wins and 5 losses at the time. This lead to what on the surface appears to be a valid argument. He said that if they put all three “Outlaw” teams together then they could beat the Texas Longhorn football team. I tried to explain that college players were very big and very fast and had lots of experience. However, I couldn’t totally convince him that a combined team with a record of 23-1 shouldn’t easily beat a team that had a 3 and 5 record. Of course they never played each other so we didn’t get to see who was right. I have a feeling I know the answer however.

I learned a very important lesson that night. I learned that it is possible to be very mislead by some of the information we are exposed to every day. It easy to be mislead by some even well meaning individuals or groups. Just because there seam to be logical stats for a certain view does not mean it is true. Before believing things you read or arguments people make you should always do your homework to make sure you are seeing the big picture. 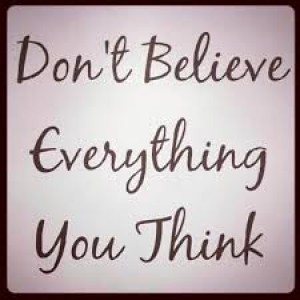 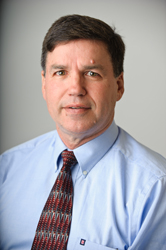